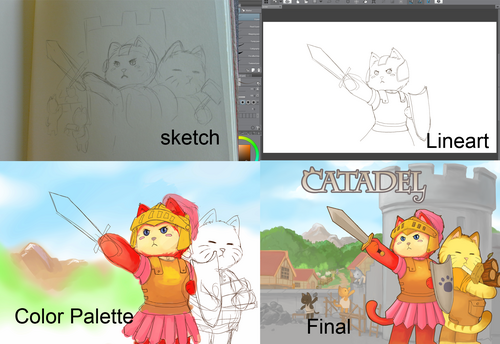 Catadel was just updated to version 0.1.Windows44, Mac 34. This update took longer than expected. My teammate is out on vacation, so it's just me this week.

Among the changes are:

Fun things I didn't have a chance to talk about last time:

I meant to do a post about the progression of art for the splash screen. Sadly, I didn't get enough time, but here are some screen shots of the works in progress. The lineart and colors were done in Clip Studio Paint, which I recommend for artists that don't want to splurge for Photosho/p. I have both applications, and I actually prefer drawing in Clip Studio over Photoshop. 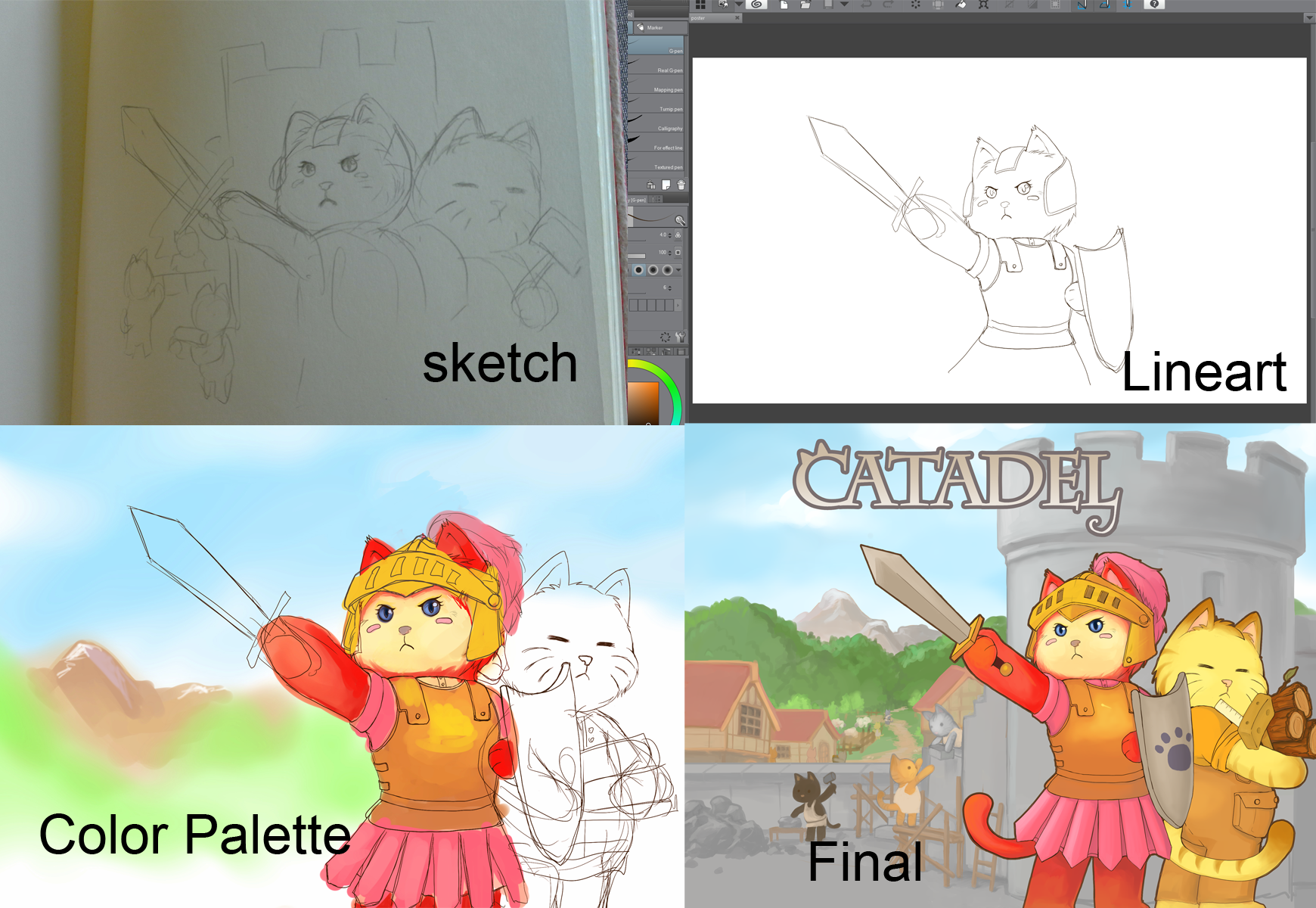 I'd love to hear from you.